As I am reaching the midway point of my senior year, I realized that I have learned a lot in the past three and a half years. I have also wound up with one (well, one in two parts) college regret. That regret is where I chose to study and what I chose to study. 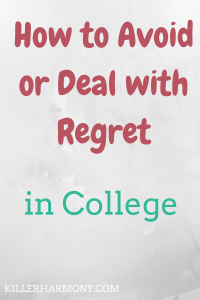 Overall, I do think I ended up where I belong, but there are a few things I would change if I could. Here is my advice for current and future college students so you don’t make the mistakes I did.

Apply to a variety of schools.

This is probably something that you have heard over and over again, but it’s important. You want to keep your options open, even if you think you know where you want to go. I only applied to one school along with my local community college, and I wish that I had spent more time exploring other options.

I ended up starting at a community college, so I was able to have an easy transition to college. So, it worked out, but I still wish I had kept my options open.

Don’t Be hasty with Your Major.

One of my biggest regrets in college was choosing my major almost too soon. Yes, some people know what they want to be from childhood, but that was not the case for me. I chose music, which I had only been serious about for a couple of years.

Even when that regret crept up after my freshman year, I ignored it, because I didn’t want to go through the hassle of changing my major. While you don’t want to wait too long, don’t worry if your first major is the wrong fit. You’re better off switching than living with a major that doesn’t make you entirely happy.

Money Matters, but is not A Be All End All.

Yes, college is expensive, and yes, loans are terrifying. However, college can be seen as an investment, so sometimes a small loan can be worth it. Don’t sacrifice your choice of a school or program just because you are scared of money. That was me as a high school senior and college freshman. That’s still me as a college senior!

Spending as much money as college costs is a big deal, but when you are at the right place, it will be worth it. Also, scholarships are a life saver.

Forget About What Others Think.

Whether you are afraid of being judged for your school or your major, just remember that you are the only person you need to worry about impressing. Back in high school, I loved creating websites. When I got to college, I thought that would not be a good major. I thought people would think I was weird; I never showed my websites to anyone.

Looking back, I wish I had chosen to study web design or digital media. Even business or communications would have been good. I pretty much chose music because I had talked about it with friends and family. I made it seem like it was my dream. It was at the time, but I wish I didn’t dismiss everything else.

Know that some Sort of College Regret is Normal.

It may be something big, like your major or school. It may be small, like your roommate choice or an eight am class. In the end, most of those situations can be changed. You can switch majors or transfer schools. You can request a roommate change, or you can drop a class.

Just know that it’s normal to regret some decision or another that you make during your college years. It’s how you bounce back from those decisions and realizations that matters.

So, have you learned anything from being in college that future college students should know? Leave your answers in the comments! Be sure to catch up with my previous post and follow me on Twitter (@HannahHaefele) so you don’t miss future updates! 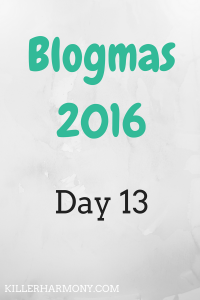